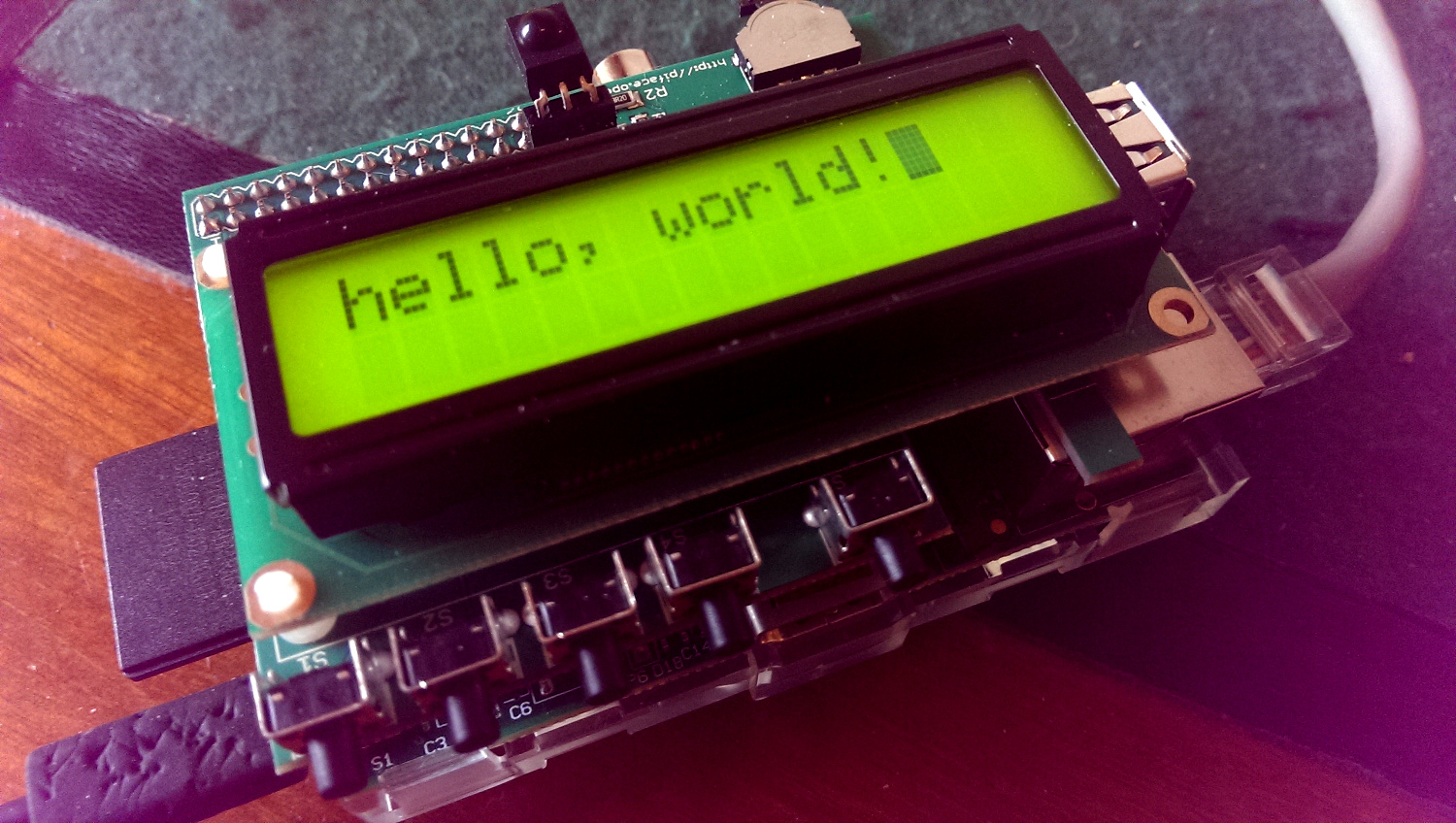 Since I pretty much do node.js full-time nowadays, I was curious if I’d be able to run it on my Pi as well. Turns out that’s no big deal; there are binaries available for download so you don’t have to go through the hassle of compiling (which I hear can take quite some time).

Interfacing with the PiFace is another matter. There is a module called piface-node, but I couldn’t get it to do anything, and looking at the source code I could see that it was a bit too low-level for what I wanted to do. However, I did find a C library called libpifacecad, and started hacking to see if I could write a node wrapper around it.

After a few evenings worth of work I am at a point where I can read the sensors pretty reliably and writing to the screen somewhat less so (it works maybe one time out of three). That’s not the fault of the underlying library though, it seems pretty solid. Rather, I suspect there’s either a race condition somewhere (possibly), or I’m making assumptions about C++ memory management that’s not entirely true (probably), or I need to rethink how to do I/O in the node.js event loop (almost certainly).