My best friend was a sometimes melancholy brown cat called Yojimbo. That wasn’t his actual name, but it was the one that stuck in my head as we pulled into the driveway to collect him. He was twelve weeks old.

We took him to the summer house. This was the first time in his life he had been outdoors. He sat petrified beside me on the porch for fifteen minutes before demanding to be let in again. 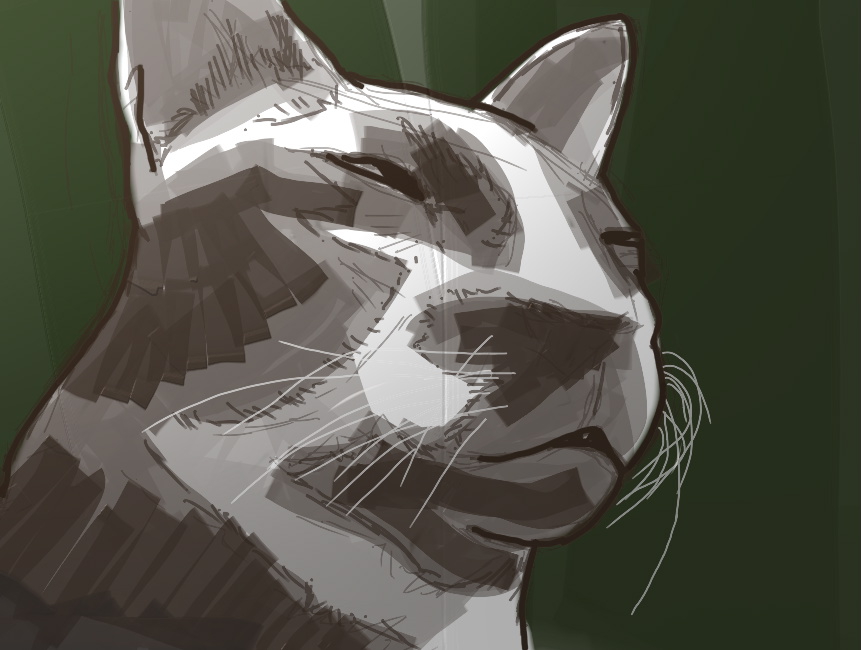 When my best friend was six months old he decided to leap out into a stairwell, plunging two floors and landing on concrete. I will never forget that moment. We took him to the vet, worried about concussion or internal bleeding. She said he had bruised a toe, but that was about it.

My best friend caught a cold, which developed into a nasty cough. It never seemed to get better. Turned out it was asthma. Turned out it was treatable. Two times a day we helped him breathe into a special inhaler. If we were late, or forgot, he would gently remind us.

My best friend had faults. He was a coward, but despised weakness in others. He could be downright mean to other animals. He methodically destroyed our sofa. But we loved him, and he loved us.

He was in an accident and crushed his paw. A very talented surgeon put everything back in place. He wore a cast for two months. Every ten days we would get in the car and drove for 90 minutes to get his foot X-rayed and the cast changed. We went to physiotherapy and did exercises. He didn’t understand, but accepted it. He was three years old.

We moved to another town. Our new place had a garden. My best friend would spend hours lying in wait under the big fir in the back. Once he was chased by a Rottweiler, and was gone for four hours. I wondered if he would find his way back home.

My best friend had an enemy. A large red cat that lived three houses away. They had a huge fight in our garden shed, and then a fragile truce.

Our oldest cat got very ill. One day we had to take her to the vet and she didn’t come back with us. My best friend was upset, and searched for her everywhere. We cried often that summer.

I would go away on business trips. When I packed my bags he ran away and hid. He hated goodbyes. When I got back I was ignored at first, then quickly forgiven.

My best friend got constipated. We tried laxatives and massage. He wouldn’t eat. He grew weak. Again we took him to the vet. Turned out it was a tumour. Turned out this time there was nothing we could do for him. My best friend died on the operating table. It was a very bleak february. He was just about to turn six.